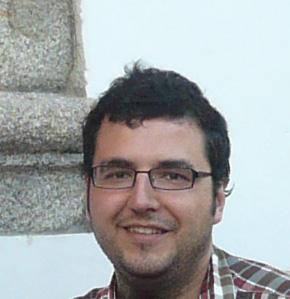 Robert Falcó has spent more than fifteen years in the publishing industry as an editor assistant, translator and lecturer. Currently he works as a freelance book translator for the main Spanish publishers and teaches literary translation at the Universitat Pompeu Fabra. In the last year, he has decided to put his publishing abilities to test with Wider Words, an initiative that seeks to collaborate with the leading actors of the publishing world to bring their work to the Spanish readers.

Born in 1976, I spent my early years trying to find my way between books and computers. Against all common sense I took the path of literature and have been working as a literary translator since 1998. Luckily, with the explosion of ebooks in the publishing world a few years ago has allowed me to combine both passions.

Being grown up bilingual translation and foreign languages have always been an inherent part of my life: at home, at school, during my stays abroad (in Germany and England) and later on for some of the most important Spanish publishers. I’ve been working in the publishing industry since 1998. First as editor assistant at Norma Editorial right after college and then as a freelance book translator.

As a literary translator with more than fifteen years in the publishing business, I am motivated by the thought that the translation of a literary work introduces authors to a wider audience – allowing more people to discover great storytelling. Even though I have specialized in contemporary literature, my work covers a variety of genres, including children and young adult literature (Cornelia Funke, Zizou Corder), comic books (Will Eisner, Art Spiegelman, Bill Waterson), classics (Saki, Samuel Beckett), contemporary fiction (Stephen King, Ken Follett, Glenn Cooper, Susan Hill) and essays (Edward Said, Robert Fisk).

Sixteen years and one hundred books later, I have decided to take one step further and put my experience as a translator to the service of foreign authors and publishers to help them reach their Spanish-speaking readers. Wider Words is a joint project with my business partner Ana Alcaina.