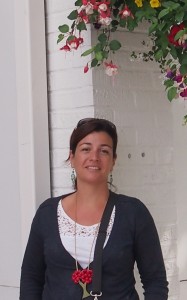 I have been passionate about books and languages ever since childhood, constantly navigating through the cultural nuances of both Spanish and Catalan due to the bilingual nature of my hometown, Barcelona. My background and education offered me later the immense richness of Latin and Old Greek, and it was right there and then, in high-school, when I decided I would become a translator and spend my working days travelling from one language to another. When I started translating books after college, my dream of combining my two passions came true. I cannot think of a better, more rewarding way of spending my days than reading and recreating words and worlds.

Actually, there is yet something even more rewarding; translating books in a different place from home – finding a home far away from home. That’s why in addition, to widen my horizons and cultural experiences, I have spent extended periods of time in cities as vibrant and different as Seattle, Berlin and Tbilisi.

I am also a member of the the group of translators Anuvela, with whom I translated other popular and bestselling authors such as Ken Follett (World Without End, The Century Trilogy), Frederick Forsyth (The Afghan) and Katherine Neville (The Fire).

In recent years, I have been given an opportunity to share my professional experience and transmit my enthusiasm for literary translation to undergraduate students at the Faculty of Translation and Interpreting in the Universitat Autònoma de Barcelona.

As co-founder of Wider Words with my business partner Robert Falcó, my main goal and motivation is to explore the new challenges and possibilities that modern digital technology and the Internet are bringing to the globalized society worldwide, targeting the Spanish-language audience throughout the world, since it represents a potentially very attractive market through North and South America and Spain.